Abdul Rashid Salim Salman Khan popularly called as Salman Khan is the eldest son of  Salim Khan who is one of the famous screenwriter in india and his mother is Sushila Charak (Salma Khan). He was born Indore, Madhya Pradesh on 27 December 1965. His grandfather Abdul Rashid Khan was a Deputy Inspector General of the Indore state who was awarded Diler Jung award of the Holkar times. His mother is a Maharashtrian.

He finished his schooling at St. Stanislaus High School in Bandra, Mumbai. Previously, he studied at The Scindia School, Gwalior for a few years .He attended St. Xavier’s College in Mumbai but dropped out to pursue his acting talent. He along with his friends sajid khan and Chunky pandey joined Daisy Irani’s acting institute.

Apart from being an Actor he is producer, Entrepreneur, Singer and More. Currently as of 2020 he is 54 years old.

He has a height of approx 5 feet and 8 inches or 174 cms. His weight measures roughly about 75 kgs. but the wight my be varying as according the kind of role he is currently working on.

His Eye Colour is Brown and his Hair are Black in colour.

Salman Khan is an Indian by birth. He identifies himself as both Hindu and Muslim as he is from a muslim father and a hindu mother. he had also made a comment about this “I’m Hindu and Muslim both. I’m Bharatiya (an Indian)”.He explained, “My father is Muslim and my mother is Hindu”. In school where ever he had to fill the religion section he used to fill as HUMAN rather than a hindu or a muslim.

He stays in the Galaxy Apartments, Bandra, Mumbai along with his complete family . He also has a 150-acre plot in Panvel which has 3 bungalows, a swimming pool and a gym.

Some pictures of the places where he stays.

He started his film career by doing a Supporting Role in a Film called Biwi ho to Aisi in the Year 1988.

Salman khan got his first role as a lead Actor in the movie Maine Pyaar Kiya which was a highest grossing film of that time.

Salman Khan become the first actor to be featured in a Hollywood Movie called Marigold : An Adventure in india .

He has many other awards for various activities he does like charity , entrepreneurship etc.. [4]

In 2002, Salman Khan was arrested for rash driving, His car met with an accident due to which one person who was sleeping on the footpath lost his life and three others were injured in the accident. Charges were laid against him, but later dropped.

On 6 May 2015, Khan was found guilty of all charges in the case. The Bombay Sessions Court concluded that he was driving the car under the influence of alcohol, causing the death of one and serious injury to four homeless persons. The court sentenced him to five years in prison. Later he was granted bail by the Bombay High court on which the court suspended his prison sentence until the final appeal hearing. [16]

His relation with Aishwarya Rai

Salman khan and Aishwarya had a breakup in the year 2002. After this Aishwarya accused salman khan of harassing her. She said that salman khan was not able to over come with their break up. Her parents also lodged a complaint against him for harassing their daughter. But later when salman khan was asked , he denied all the allegations imposed on him. [17]

Salman khan along with his co stars (Sonali bendre, saif ali khan, tabu, neelam) from the film Hum saath saath Hain were accused for hunting an endangered species of blackbuck while shooting for the movie in Jodhpur, Rajasthan.

On 5 April 2018, Jodhpur court convicted Khan in the blackbuck poaching case and sentenced him to five years imprisonment under section 51 of Wildlife (Protection) Act. while the other co-stars (Sonali bendre, saif ali khan, tabu, neelam) were given benefit of doubt. He was then released on bail on 7 April 2018. [18]

In the year 2008, salman khan and shahrukh khan fought in katrina’s birthday party.

Apart from all the above . FIR was lodged against him and Shipla Shetty in Andheri Police station for Using the word “Bhangi” at public place which hurts the sentiments of Schedule Caste People. [19]

He is the eldest son of Salim Khan and Sushil Charak who later adopted the name Salma Khan.

He grew up with his younger brothers Arbaaz and Sohail in Bandra, Mumbai. 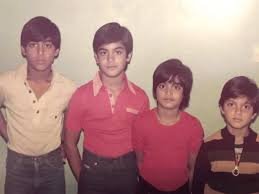 Swimming is his favourite sport along with cricket and some others.

He suffers from trigeminal neuralgia, a facial nerve disorder, also known as the ”suicide disease”

Two fatwas have been issued against him – one relates to the wax statue of him in Madame Tussaud’s, the second is in connection to his presence at Ganesh Chaturthi celebrations

Bhai has a love for Soaps. His bathroom at home is stacked with soap. He loves natural fruit and vegetable extracts when it comes to soap

Salman doesn’t have an email id on his name, he prefers talking in person or on call

Salman Khan has painted the ”Jai Ho” posters. It is said that Aamir Khan’s home has several paintings by Salman 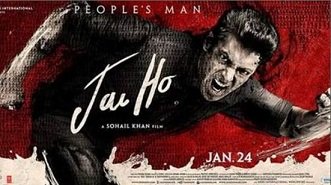 After the movie “Maine Pyaar Kiya” released, Salman Khan was jobless for 6 months. Now the actor has successfully completed 25 years in the Industry

Salman Khan has also been an inspiration for Hrithik Roshan, Arjun Kapoor and Amir Khan to get into perfect shape

There is a restaurant in Mumbai opened by Salman Khan Fans dedicated to the superstar. It is named ”Bhaijaanz”

Salman Khan has never done intimate scenes on screen, nor has done a lip lock

For a long time even after the release of ”Selfie le le re” from Bajrangi Bhaijaan, Salman did not know the actual meaning of the term, ‘selfie’

Salman is known for giving expensive gifts like BMW to Kareena, 4 BHK flat to Katrina and several Rolex watches to Zayed Khan.

Salman flew his own cook to London from Mumbai to dish up biryani to the cast and crew of the movie London Dreams who were sick of eating continental food.

During the shooting in Turkey for Ek Tha Tiger, he often visited a restaurant which was ultimately named as ‘The Salman Restaurant’.

He wanted to be a writer. The story of ‘Baaghi: A rebel for Love’ was Salman’s idea for which he was given credit in the film. He also wrote films like ‘Veer’ and ‘Chandramukhi’.

However, he is the Only actor to give 15 back to back 100 Crores Movies.

Guys if you like this then please check out an other separate article on salman khan Height.